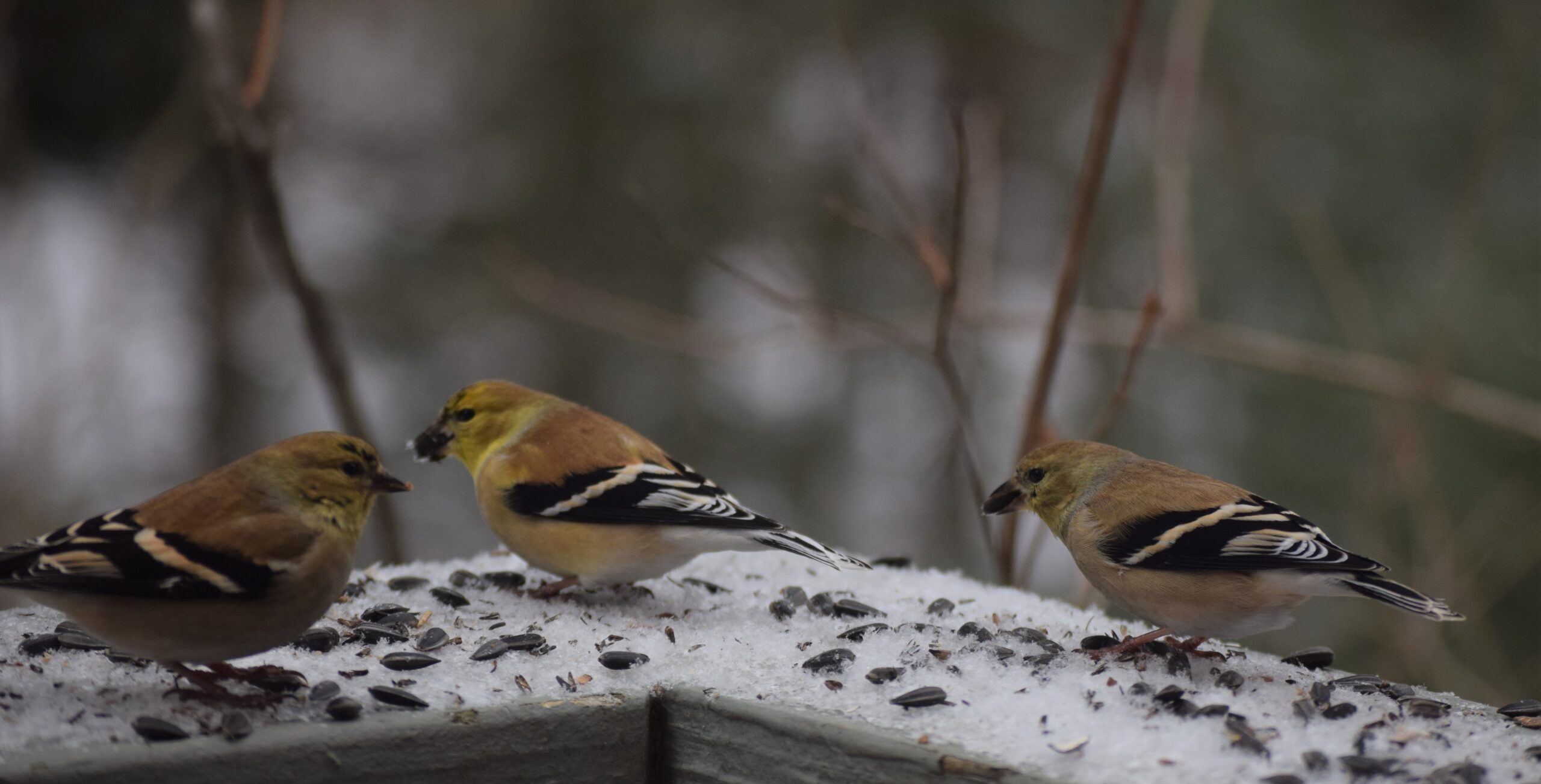 It was just the other day when I was having my morning coffee that I noticed something unusual on my back deck. In the back yard we have a number of bird feeders scattered about, as I imagine most of us do. But, I like to get a closer look at the birds, so I scatter some seed on the deck’s railing. Birds, like juncos, nuthatches, chickadees, and most recently, goldfinches come to gather up the seed. Its enjoyable and relaxing to watch the birds fly in, grab a seed, and then alight on a nearby twig to peck it open and eat the nutritious kernel inside.

I knew that birds had a pecking order. (check out this podcast from BirdNote) That in flocks there is an alpha bird which gets first crack at all food. Then comes the beta bird and so on down the line to the lowly omega bird. And I saw this in action when I watched chickadees and juncos come to the railing. One bird would fly in and might linger for a bit, but when a higher order bird visited, the lower bird would fly off. With juncos, I noticed that one bird would linger for a long time and no other juncos 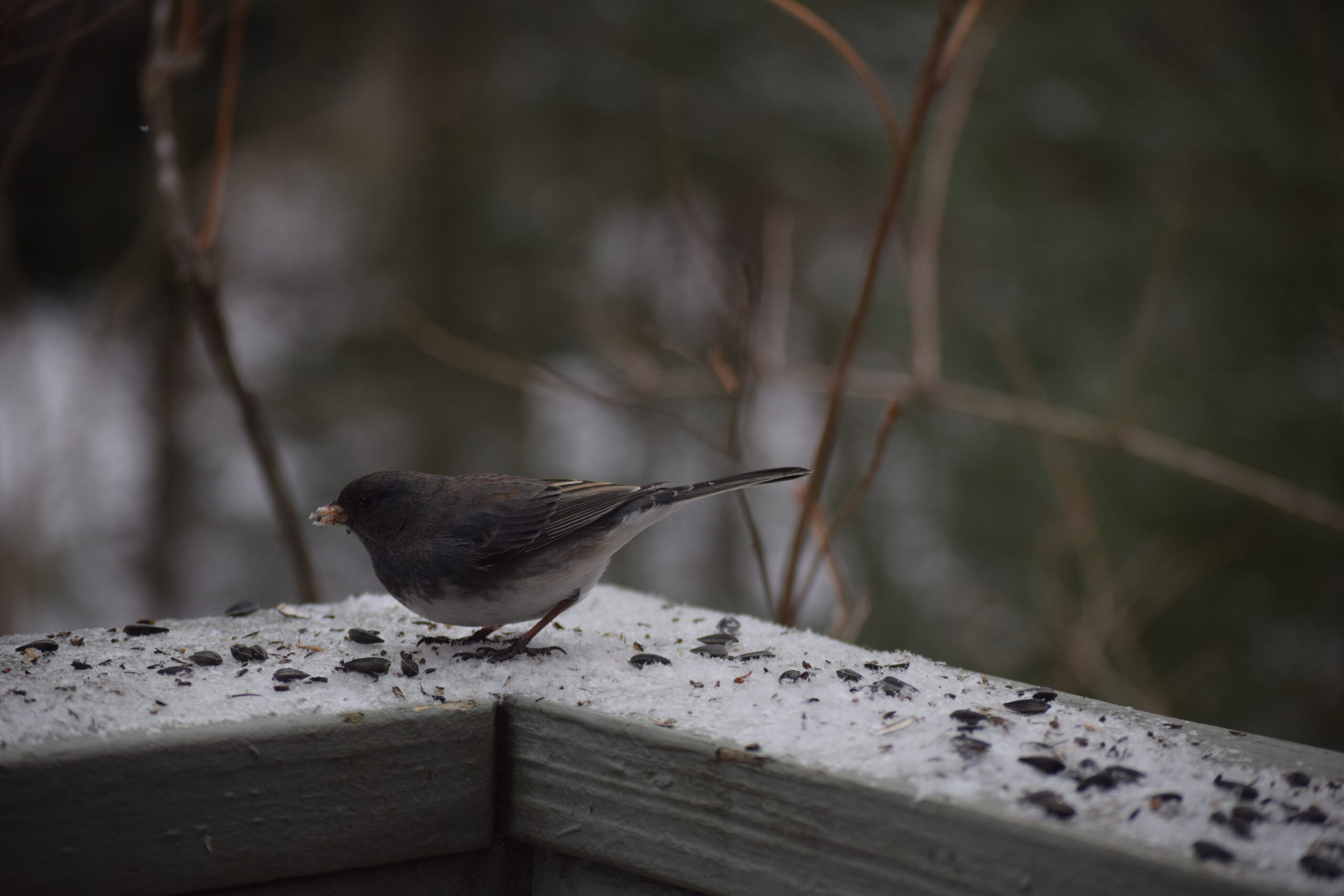 would visit. This must be the alpha bird. Sometimes I would watch a junco come in and try to feed while the alpha was present. The alpha would peck him or her away. There was only ever one junco at the feeding station at a time.

But then there are the goldfinch. At one point I counted 20 goldfinch on my railing at one time. These birds seem not to have a pecking order, or at least not when food is abundant. And then there was the junco, it did not care if there were goldfinch on the railing with it. Although there seemed to be a pecking order within the species, juncos did not seem to have an inter-species pecking order. I wonder if you have noticed this as well? 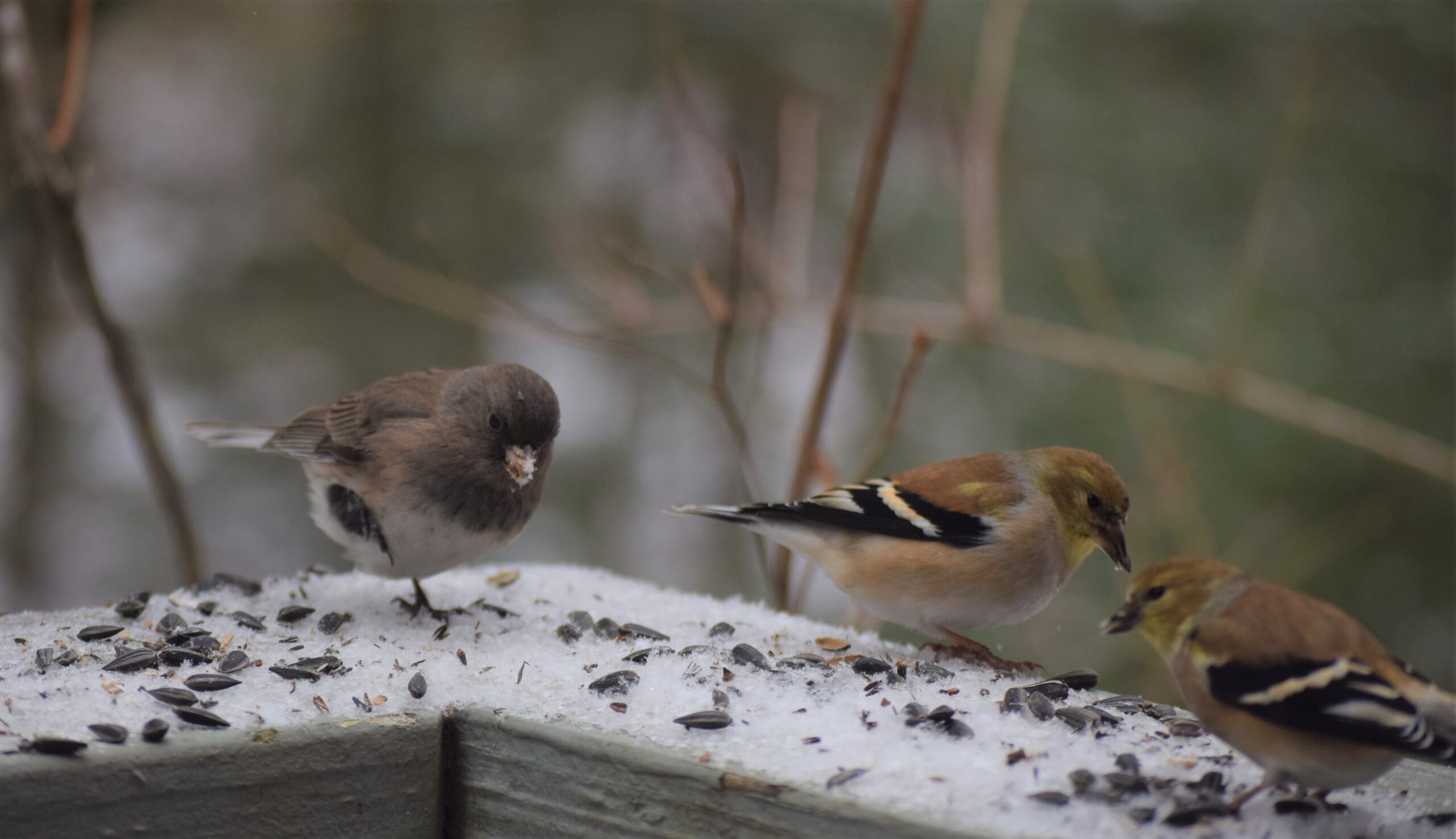 I have looked at some research out there (see Feeding Birds) about inter-species pecking orders, but this work suggests that some birds dominate over others. It does not suggest that some species ignore others. The authors of these studies used the National Audubon’s Project Feeder Watch to look for conflict. They did not ask these citizen scientists to watch for non-aggressive behavior. While feeding season is still going, let me know in the comments below if you notice similar behavior.

20 – MAY MEETING: The Mountain Gorillas of Rwanda to be rescheduled in the fall